Safespring has developed a method for migrating volumes from the legacy platform to our current platform. This guide describes what the user needs to do in order to use the method.

The preparations will differ depending on which kind of flavor or storage that the instance in the legacy platform is using: 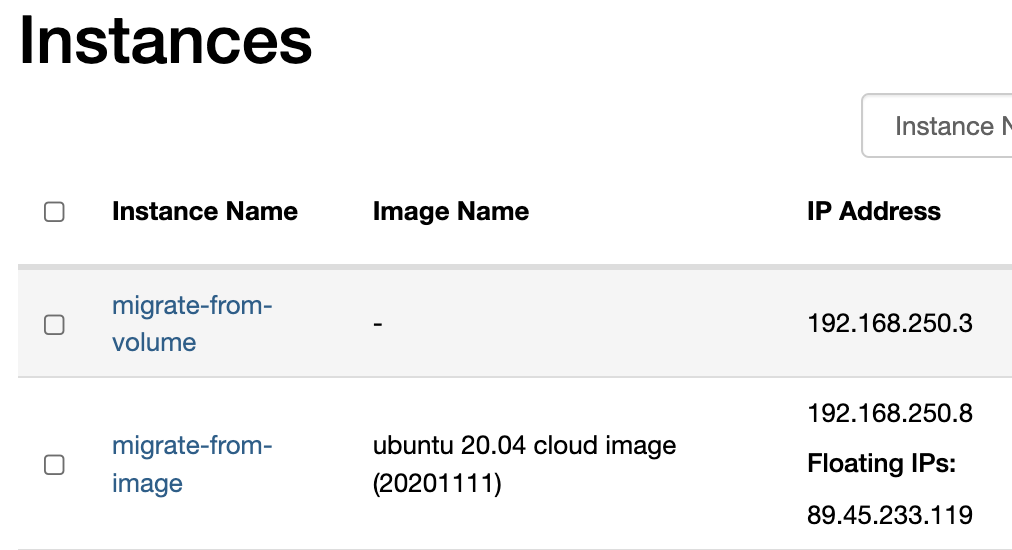 If you want to migrate an external volume that is not used for booting an instance, follow the instructions for case 2.

This case covers when the instance boots from image:

When an instance is already booting from a volume, it is simpler and you can skip step 2 and 3 in the listing above and only shut off the instance and start from step 4, and then continue following the same instructions.

How to set the metadata tag for migration¶

Determine which project the volume snapshot should be migrated to in the destination and run the following command:

API commands to create create a volume from snapshot¶

To automate the creation of the volume snapshot from an instance booting from image, you can run the following commands after you have created the snapshot of the instance in Horizon: